Wicklow Democratic School was founded in 2016 by a group of concerned parents and educators. Many of them had seen their own children’s wellbeing suffer in traditional education. Some of them had their own negative experiences. Others got along just fine in mainstream schooling, but felt they hadn’t flourished, and they saw a society rife with challenges that cannot be solved by the rote learning and conformity that comes from following a rigid curriculum geared towards standardised tests.

All of them longed to give their own children, and all young people, a safe community where they would be encouraged to follow their own heart’s passions. To play if they needed to play; to question things; to build things; to laugh and joke and learn, far from boxed in classrooms and clustered desks where their bodies are confined to their seats and their curiosity restricted to what will be on the next test.

Emboldened by schools like Summerhill in the UK and Sudbury Valley School in the US, as well as extensive research showing the limitations of traditional education, they set out to create a different kind of school. 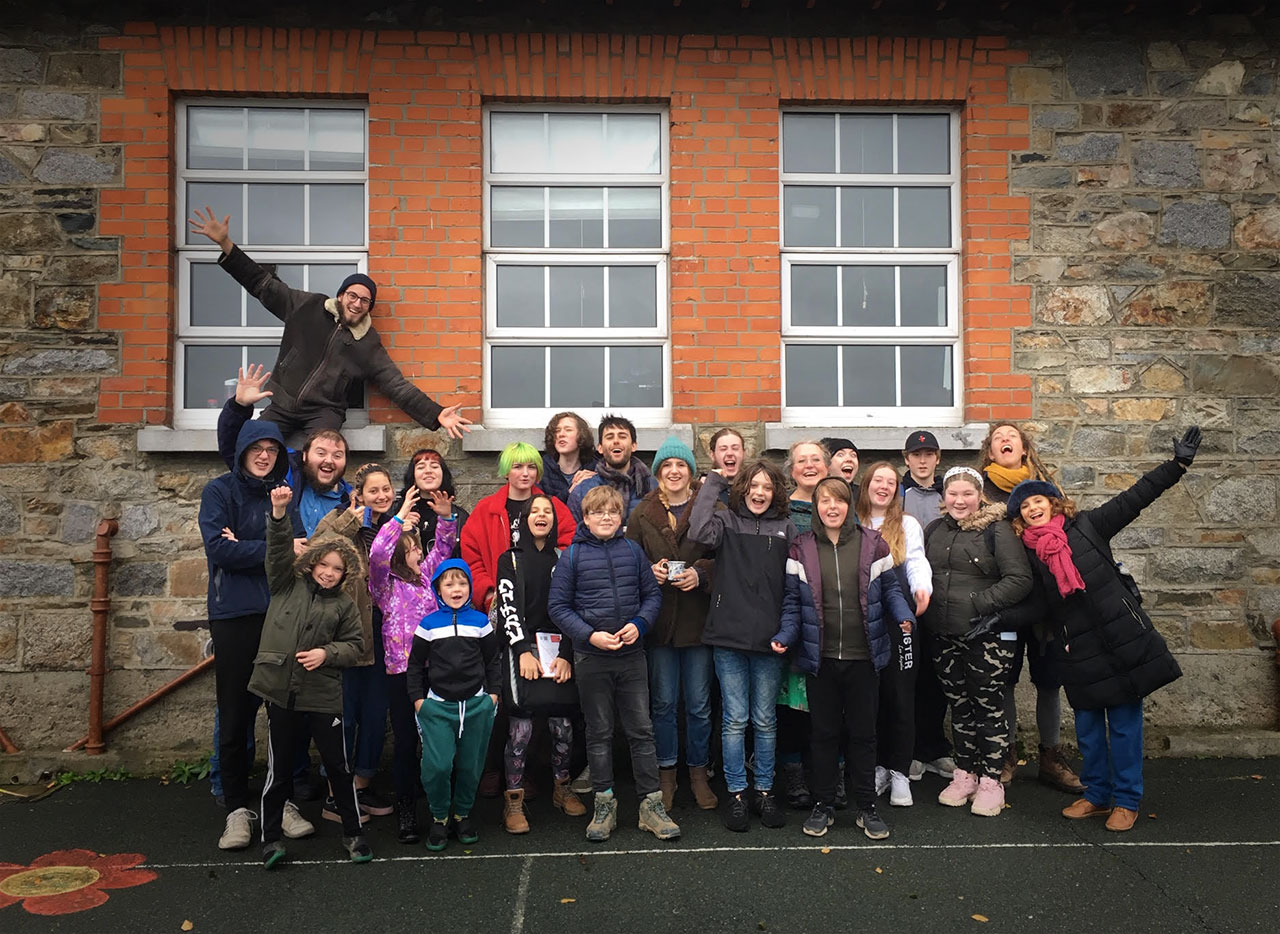 A school defined by:

Because as Article 12 of The UN Convention on The Rights of the Child promises, it is the right of all young people to have a say “in all matters” affecting them. And, in an education system which has aimed to increase social mobility and failed, SDL is more successful at engaging young people who are normally sidelined by mainstream education.

Research shows that 85% of today’s children are less creative than their 1980s counterparts, with their creativity declining the longer they stay in traditional education

The ever-growing emphasis on academic performance and test scores not only contributes to significant stress levels for the majority of Irish exam-year students, but also prevents children from developing life skills like self-control, motivation, focus and resilience, which are far better predictors of long-term success and well-being than high grades.

Students are asking for more active learning, with 75% of Irish students saying they learn best through active learning. However, only 30% said teachers make learning interesting and fun and 67% stated there was too much emphasis on exams in school.

Playing As Much As They Need To

Because developmental psychologists are telling us that nothing is more important for young people’s development into confident, emotionally well-adjusted adults than being able to play as much as they need to. This is true for teenagers and adolescents just as much as for young children.

According to Peter Gray, “Play is where children learn that they are in control of their life, it’s really the only place they are in control of their own life. When we take that away, we don’t give them the chance to learn how to control their own life.” Through play, children learn to solve their own problems; they experience joy; they can be creative and innovative; and they learn to get along with peers and practice empathy.

Because we know that the best way to prepare young people to be responsible, and socially-conscious citizens, is not to preach to them in a civics class, but instead “to give them the opportunity to participate in decision making about meaningful issues” for themselves. As the saying goes “Tell me and I’ll forget, show me and I’ll remember, involve me and I’ll understand.”

When young people are in control of their lives and goals, they learn more, have a greater sense of well being, cultivate better relationships and contribute to the betterment of society. In contrast, students who lack a sense of control over their life are likely to be depressed and anxious, and young people’s sense of control has been steadily decreasing for decades as anxiety and depression have been increasing.

A survey of 3,242 Irish young people found that less than half of students believed that students have a say in the classroom.

WDS students help to run their school by making proposals and decisions in the School Meeting, co-creating the curriculum each term and being elected to positions of responsibility like Cleaning Clerk, School Meeting Chair or Admissions Clerk, to name a few.

Because the number of teenagers in Ireland with severe anxiety has doubled since 2012 and a survey of over 5,500 adolescents from 79 secondary schools across Ireland found that 4 out of 10 secondary school students had symptoms of depression and anxiety. Not only that, but bullying is rife, and Ireland has the fourth highest teen suicide rate in the EU.

Research shows that 40-60% of students are disconnected from school, which is second only to family disconnectedness in predicting future substance abuse and emotional distress. Irish young people experience significantly higher levels of school work-related and examination-related anxiety, as well as significantly lower rates of well being compared to their OECD counterparts.

Young people deserve to be equipped with the best skills for compassionate communication and self-empathy, and they deserve adults who have those skills too.

Wicklow Democratic School is a registered Independent School with TUSLA.

All students attending Wicklow Democratic School are registered through us with TUSLA.

The aim of the organisation is the advancement of education. The main object for which the body is established is: